Mykonos comes into its own at night. From the host of prime positions from which to watch a deep orange and purple sunset, to the number of sophisticated cocktail bars, and the choice of dance clubs to head to in the small hours, it’s as if the island was made for partying. Every night is a good night to go out (it doesn’t calm down just because it’s, say, Tuesday) and there’s no such thing as a quiet pub, so if you can’t beat them, join them. 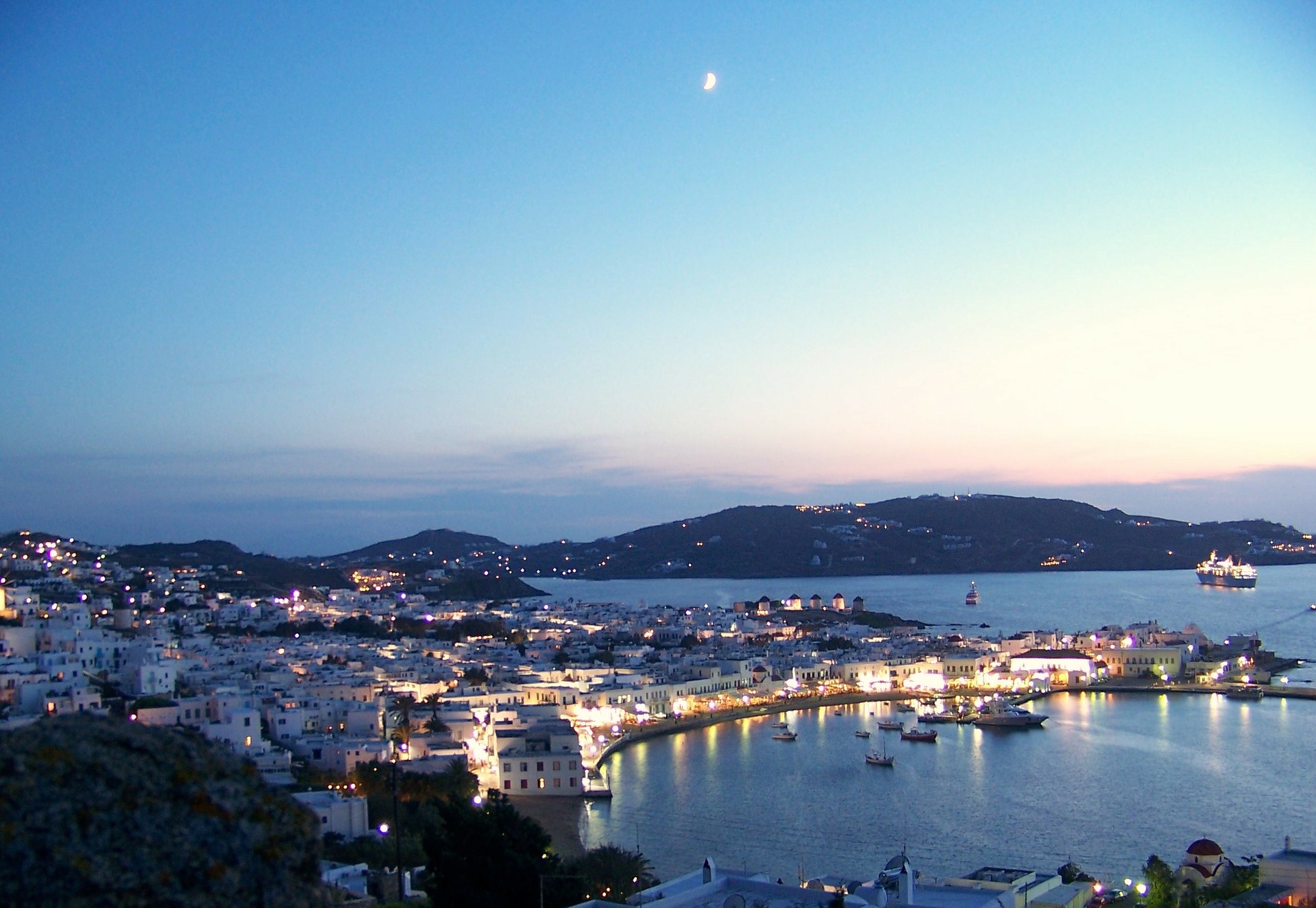 View on Mykonos Town by night (Source: Pixabay)
It feels as if the wider world has only recently ‘discovered’ Mykonos, now mentioned in the same breathy terms as Ibiza or Miami – yet it has appealed to A-list celebrities and those who embrace an alternative lifestyle since the Fifties and Sixties. Back then, those stars included Brigitte Bardot and Jackie Onassis; today you’re more likely to find Kim Kardashian and Lindsay Lohan. But despite being commonly held to be among the most expensive, and exclusive, Greek islands, it holds enduring appeal. 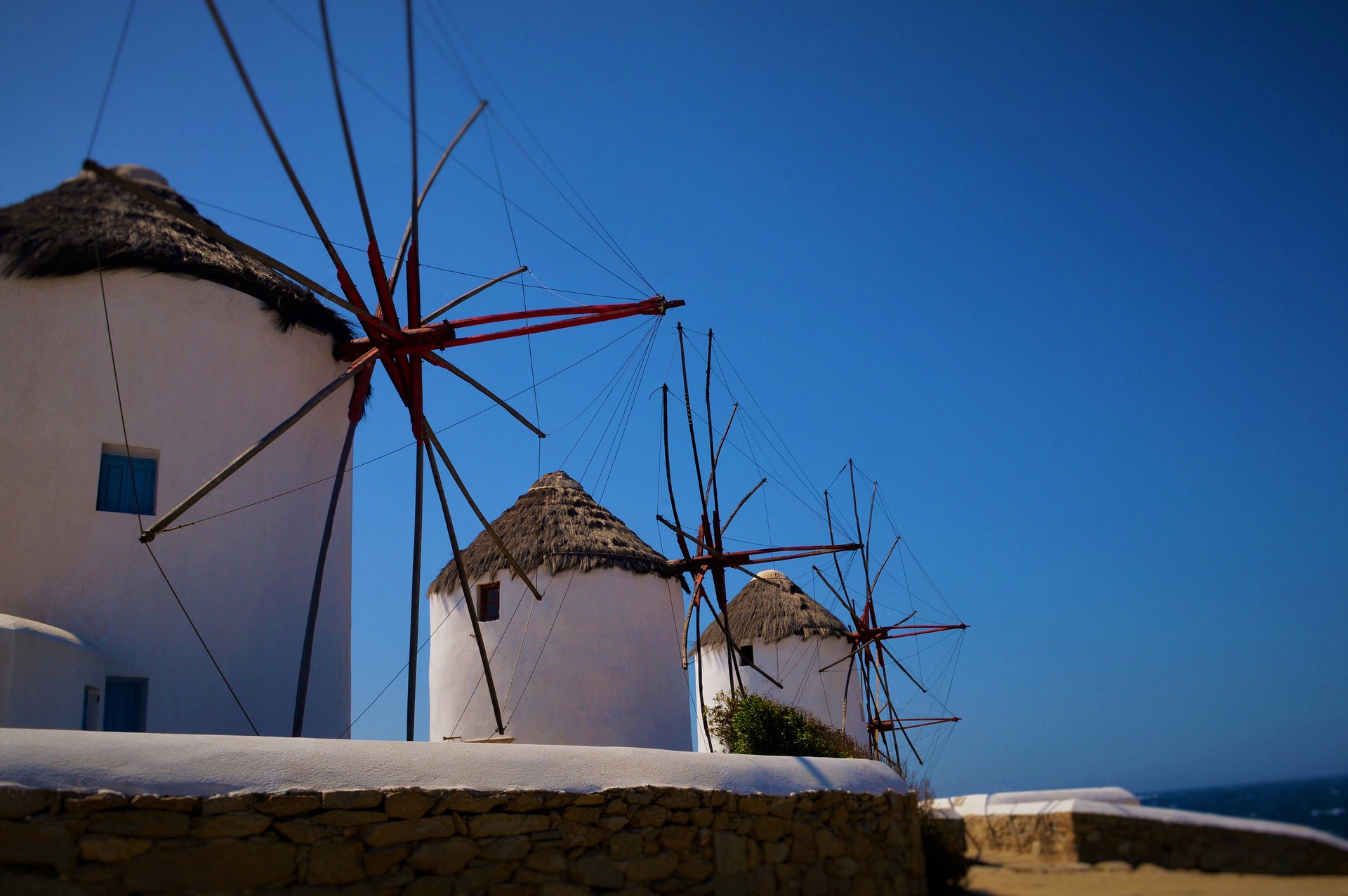 Wake up early to enjoy a less crowded view of the island's iconic windmills. The five Windmills of Kato Mili, which sit on a small hill above Little Venice. There used to be dozens on the island, mostly built by the Venetians in the 16th century, but their use as wheat mills died out in the early 20th. 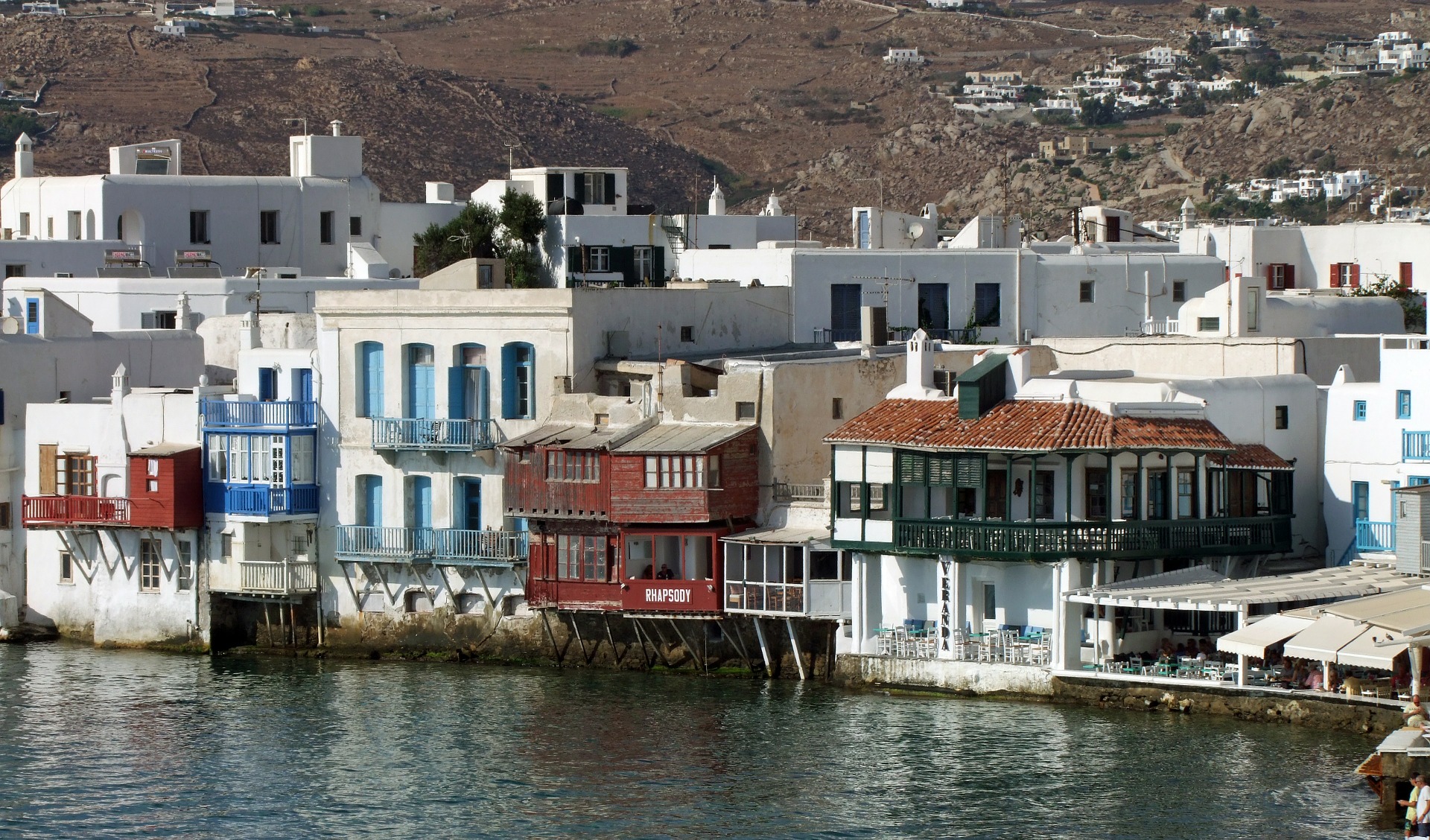 While Mykonos's main attractions are, largely, its profusion of pretty beaches and the twisting, maze-like allure of strolling through the capital, Chora, look a bit deeper and there are some interesting cultural experiences to be had. The island is close to one of the most famous archaeological and mythological sites, Delos, where you can still see the remnants of some traditional pastimes and industries. Pleasures are to be had in discovering quiet squares and browsing around avant-garde galleries, following pathways and streets that were once trodden by the pirates who used to patrol the island's waterways. 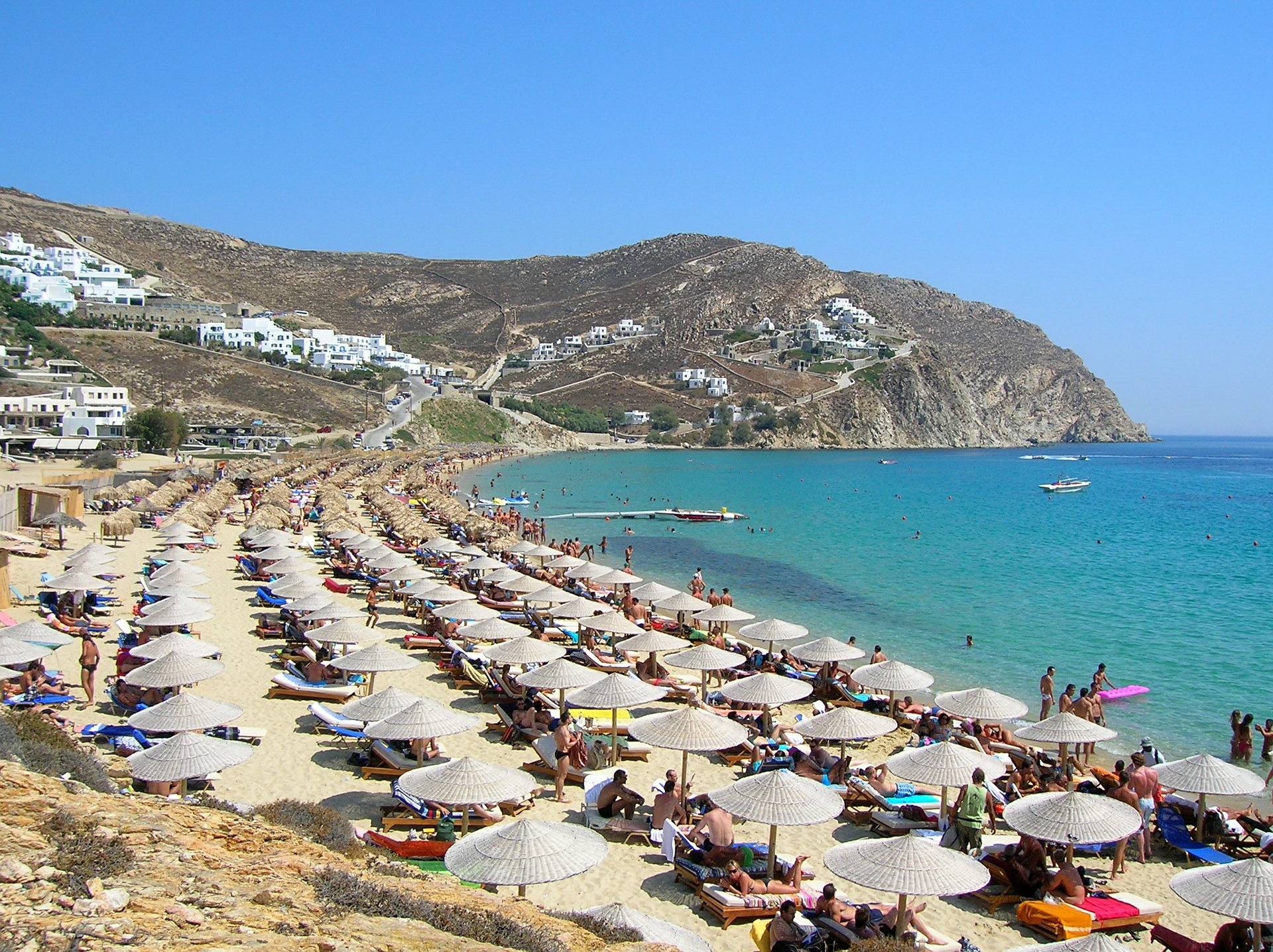